Alright, enough about footwork and daggers! It’s been far too long since I wrote about swords. This third lesson introduced an awesome but scary exercise, which I’ll get to in a post or two. Before describing it, however, I thought it useful to recap in a bit more detail what we learned about sword attacks during the first and second lesson. It’s going to be a bit terminology-heavy, I’m afraid, but I think it’s useful to have all this info in one place.

The first thing we were introduced to was what I called a “downwards slash”, but which Fiore calls the mandritto fendente. From the last dagger-themed post you’ll know that mandritto is the victim’s left side, and riverso is his right side. 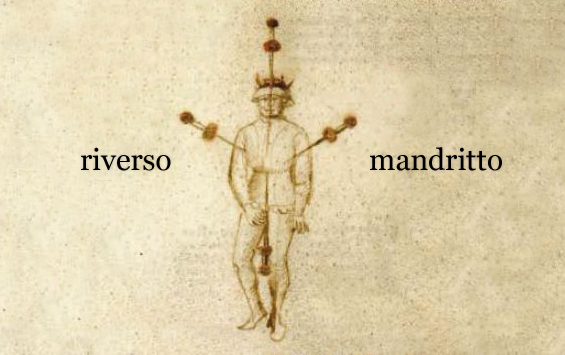 Therefore the two downwards blows we learned during the first lesson are called mandritto fendente and riverso fendente. The first starts from your right shoulder and cuts down from the opponent’s neck to his knee. The second, riverso fendente, does the same, only it starts from your left shoulder and ends on your right side. Together these two attacks are the fendenti blows (cleaving blows). 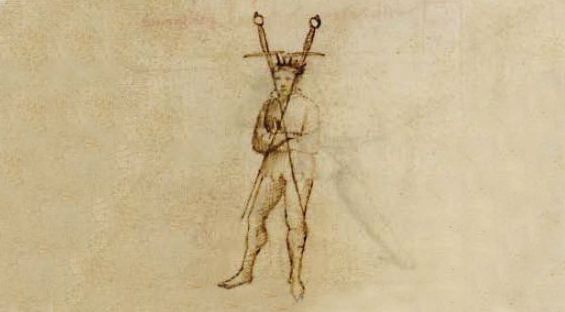 Now, to be honest, I wasn’t entirely fair when I said last week that all we did with the sword was repetition. We did learn one new thing: the sottani blows. 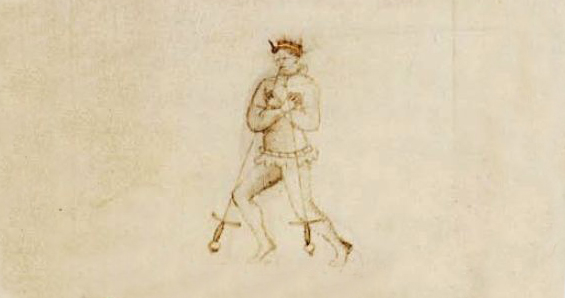 The terminology makes learning all this quite tricky, but thankfully the teacher somehow manages to weave this into the lessons so that I can’t really name the moment these things were taught.

Our third lesson starts with repeating these four attacks: mandritto fendente, riverso fendente, mandritto sottani and riverso sottani. After a while we’re called to spread out: now that we know the basics of the attacks, it’s time to refine them. How? By learning what guards they create.